Panos Papadopoulos interviewed on TV4 about his autobiography 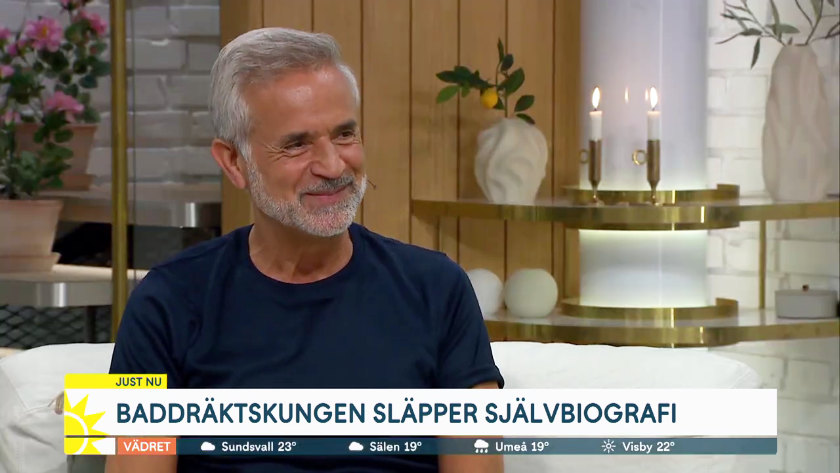 On August 17, Nyhetsmorgon, the morning show on Swedish network TV4, had an in-depth, eight-minute interview with Panos Papadopoulos about his autobiography, Panos: My Life, My Odyssey.

In the interview, he talks about his trip from Greece to Sweden for the first time in the 1970s, and how he was inspired to start his swimwear label, earning him the title ‘the king of swimwear’ in the Swedish press. He also discusses working with Jannike Björling, Victoria Silvstedt and Baywatch star Traci Bingham, a dispute with Donald Trump, the difficulties he faced, and how emotional it was to write his book.

Lucire publisher Jack Yan collaborated with Panos on the book, which was released in May. It is published by LID Publishing, and available through their website, as well as Amazon and other retailers.

A US launch is slated for late October.