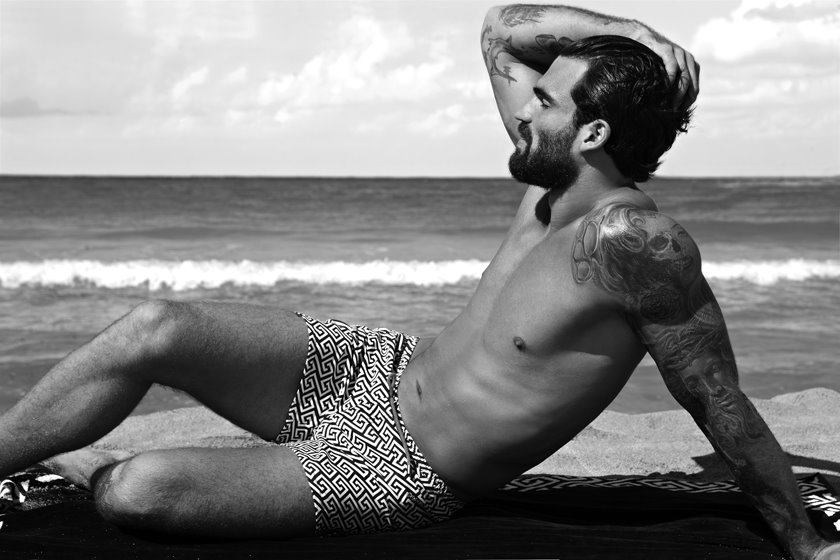 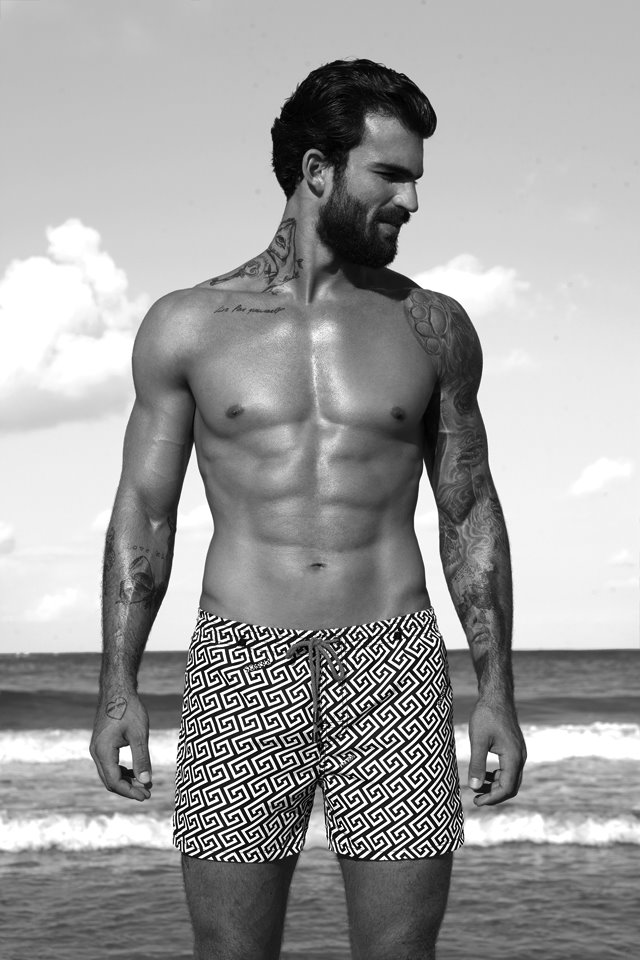 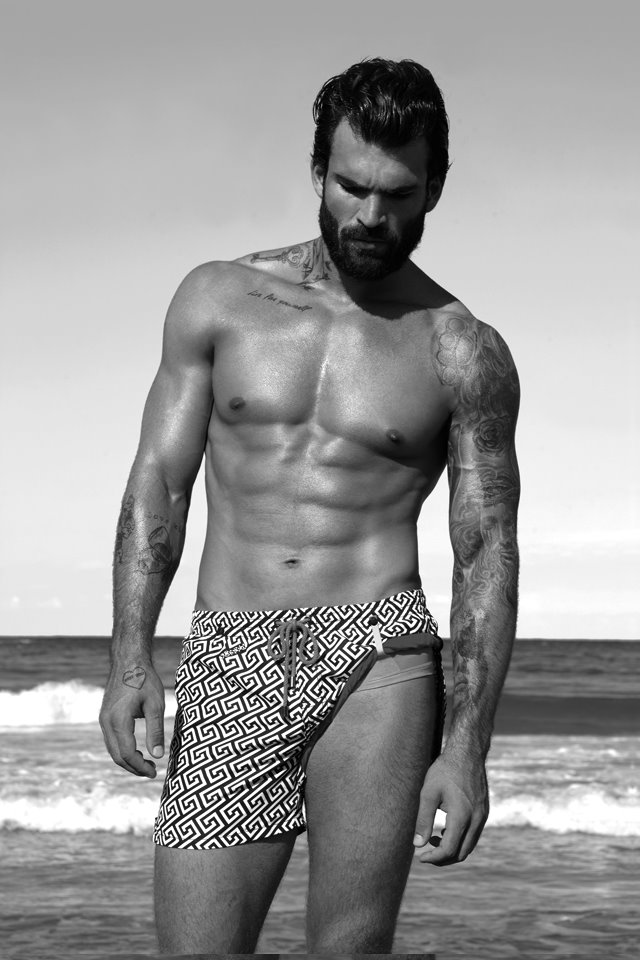 The swimwear designer Panos Papadopoulos, whose Panos Emporio label celebrates its 30th anniversary this year, is breaking new ground once again, this time in relation to men’s swimwear.
Panos Emporio, which is known in many countries for giving women the perfect fit, addresses the needs of the modern man, with a new design, Meander.
The launch today at NK in Stockholm is one which Panos Emporio has put a great deal of energy into: the new design is set to do for men’s swimwear what Panos’s earlier design, the highly adaptable Paillot, did for women’s swimwear in its markets.
However, Meander is set to reach more than Panos Emporio’s traditional markets in the Nordic countries and Thailand, and there has already been interest from beyond these nations.
Again it was Panos’s own sociological background—it is the area he formally trained in—that kicked in, allowing him to observe something other designers missed. He also credits his Greek background—he was born in Greece before emigrating to Sweden in the 1980s—and notes that the ancient Greeks had records of early swimwear.
He observed a few trends: the long trunks in men’s swimwear as surf fashion began influencing the genre in the 1990s, yet such styles restricted men’s movement in sports and swimming. Anatomically, Panos notes that men found current swimming trunks to be uncomfortable. There was an unhygienic trend also emerging, with some men preferring to swim with their underwear on, while there were more beaches banning the practice of men swimming in their underwear in lieu of proper swimming shorts.
Finally, and perhaps most critically, men were rolling up the legs of their swimming trunks, for either movement, practicality, fashion or more complete tanning—he saw not only everyday men do this, but Giorgio Armani, and footballers Ronaldo, Lionel Messi, and Zlatan Ibrahimović.
Meander addresses all these needs with a number of features. For starters, wearers can roll up the legs on the Meander design, and fasten them. Inside, there’s a mesh lined inner brief that’s extra soft and comfortable, so there are no more anatomic issues. Finally, the fabric is quick-dry.
Panos has improved the design to make it more stylish, and the resulting first style for Meander recalls his Greek heritage.
‘Meander is a revolution, giving freedom for men to decide for themselves how their swimming shorts should fit them. They’re suitable for showing off well trained thighs, and those who want to avoid zebra stripes [when they tan]. Who wants to walk around with different shades on their thighs?’ he notes.