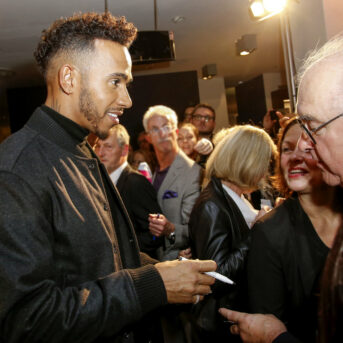 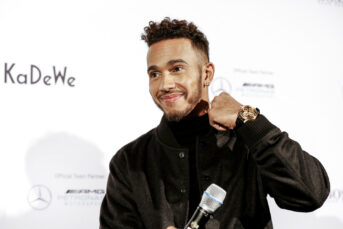 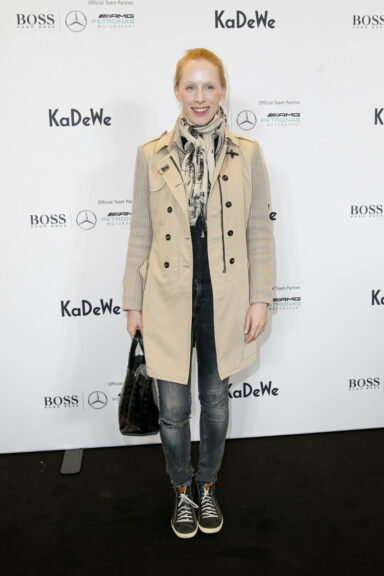 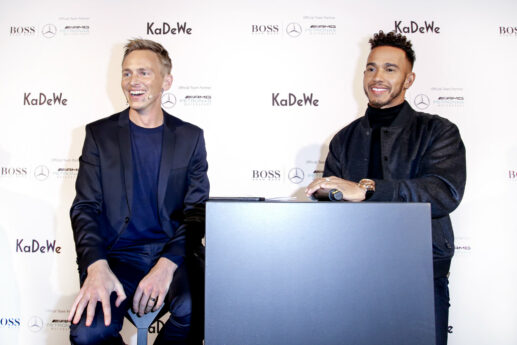 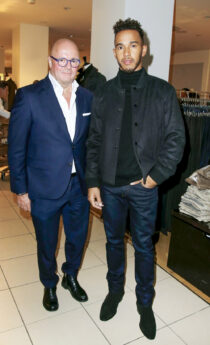 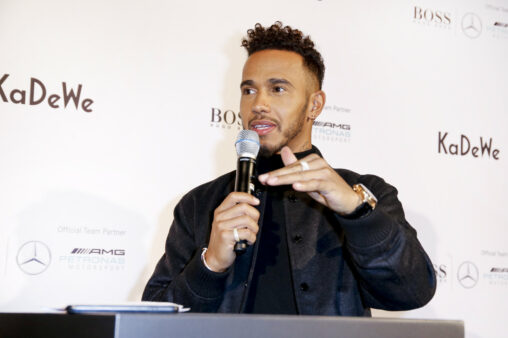 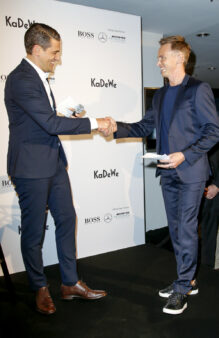 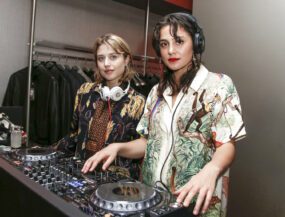 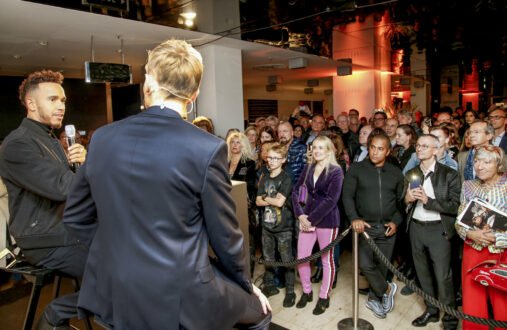 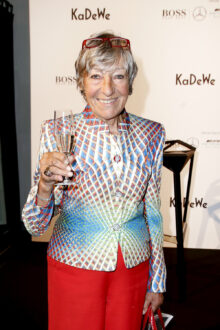 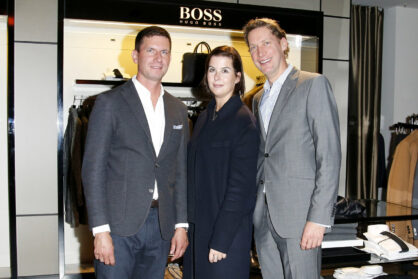 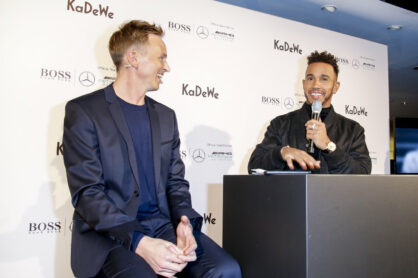 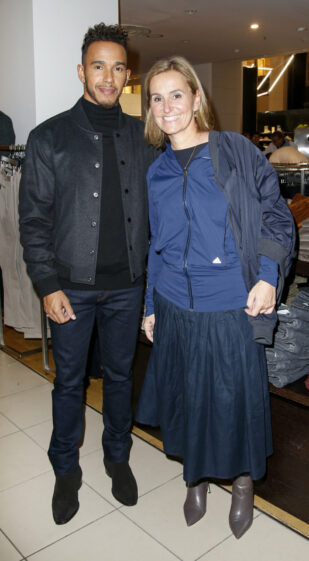 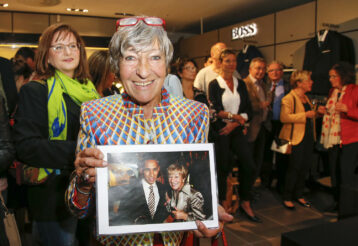 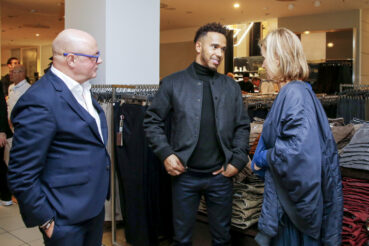 Berlin department store Kaufhaus des Westens (the KaDeWe) teamed up with Hugo Boss for a special, live in-store interview with English racing driver Lewis Hamilton, MBE.
Hamilton talked about his career, in which he has won 62 Grands Prix and currently races for Mercedes AMG–Petronas Motorsport, his interest in fashion, and life in general, in front of a group of media, VIPs and friends of the KaDeWe.