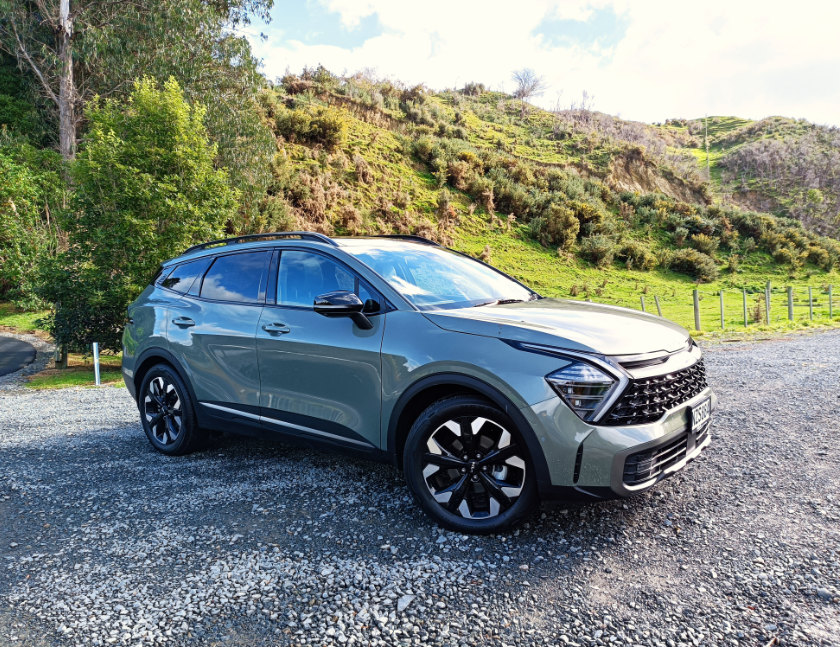 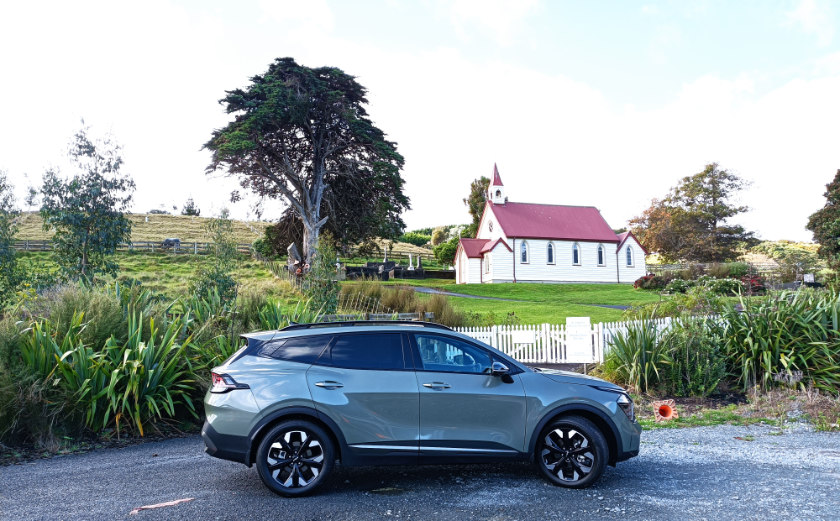 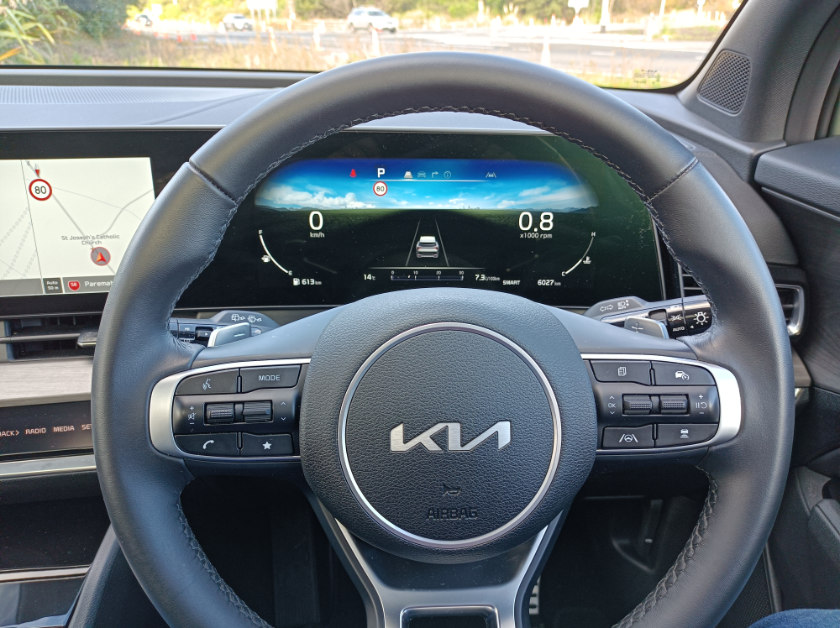 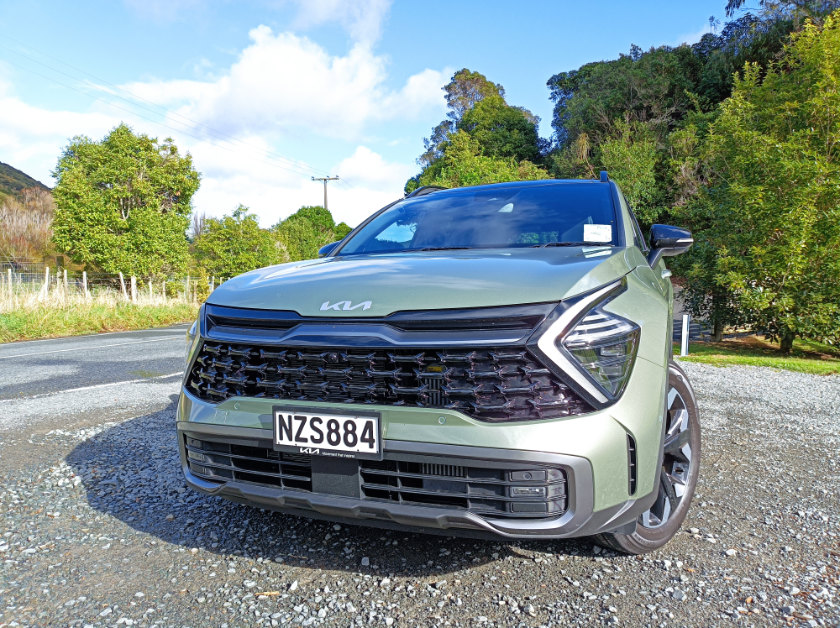 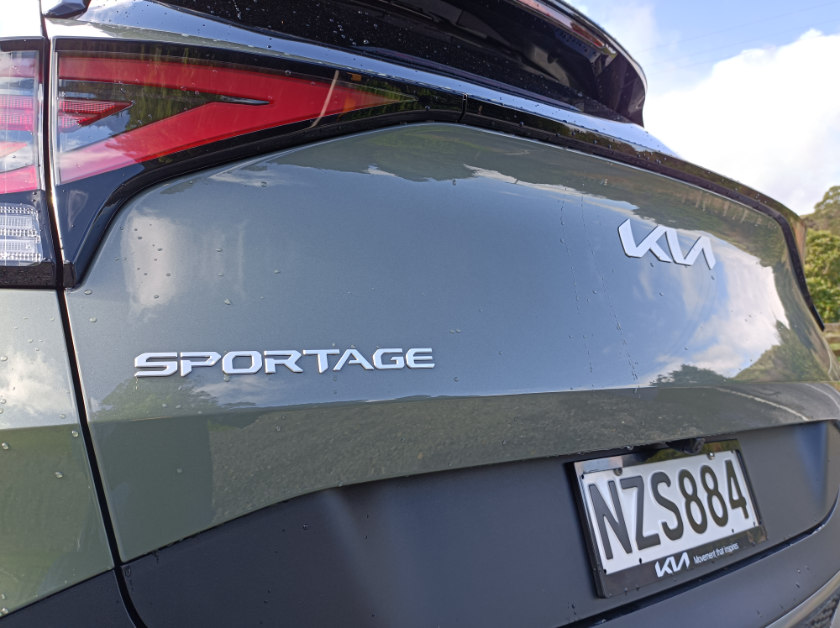 Judging by their sales, there are still plenty of people who need a crossover. And plenty who need the torque of a diesel.

Despite being someone who owns a C-segment hatchback as a daily driver, I get those who need SUVs. If you need the ground clearance because of an active lifestyle, taking your vehicle to the beach, and if you need the power to tow or simply to get ahead in traffic, then these make a lot of sense. And in ticking these boxes, you should fully deserve to buy one that’s got style.

That’s where Kia has you covered. The Sportage X-Line Diesel on test in Lucire is the latest generation from Korea’s rising car maker. As the US Big Two keep withdrawing from segments and shutting factories, Kia is entering more and more markets, often without much of a fuss—and we’ve now come to an era where, for the first half of 2022, it was the UK’s top selling brand. With hindsight, it’s easy to see how they did it: getting the best talent, and letting them do their stuff. Kia’s the international brand, one that not only does what owners expect, but does so with plenty of design flair.

As Hyundai’s sister brand, Kia first found its stylistic feet when Peter Schreyer, formerly of Audi, became its head of design, and led the design for the K5—Optima for export. Geometrically bold, with the sort of panel curvature and stance usually seen from European cars, the K5 marked the start of a style-led cycle. The “tiger nose” became ubiquitous as the Kia face, going on all its model lines.

We’re at least two car generations from that moment, where the tiger nose has been reinterpreted, and the Sportage’s face throws us well into the 2020s, its boomerang front LEDs giving an unmistakable signature both during the day and the night. It couldn’t be mistaken for anything else, and that’s where crossover design should be. Too many of the Sportage’s rivals look the same, and Kia is now the style leader that advances the game. The slimline tiger nose, the big grille—they’ve pulled it off without getting garish.

As an X-Line, the premium package, our Sportage gets a matt olive green finish. These matt finishes are all the rage for younger buyers, who don’t need to get a skin for this vehicle since it already comes looking sporty and purposeful. The haunches over the rear wheels and the slight tapering of the cabin both suggest sportiness, while the light clusters rising into a slimline strip across the tailgate is totally in tune with early 2020s’ design trends. Black roof rails contribute to the dark, sporty look. The 19-inch alloys give it an additional premium, sporty appearance. If there’s anything Kia should be worried about, it’s that the Sportage piles on the style so much more than the larger Sorento. In fact, the proportionally higher waistline here makes the Sportage, in isolation, appear larger than the Sorento. Unless seven seats are firmly on the checklist, the Sportage may well wind up being the pick among crossover buyers. 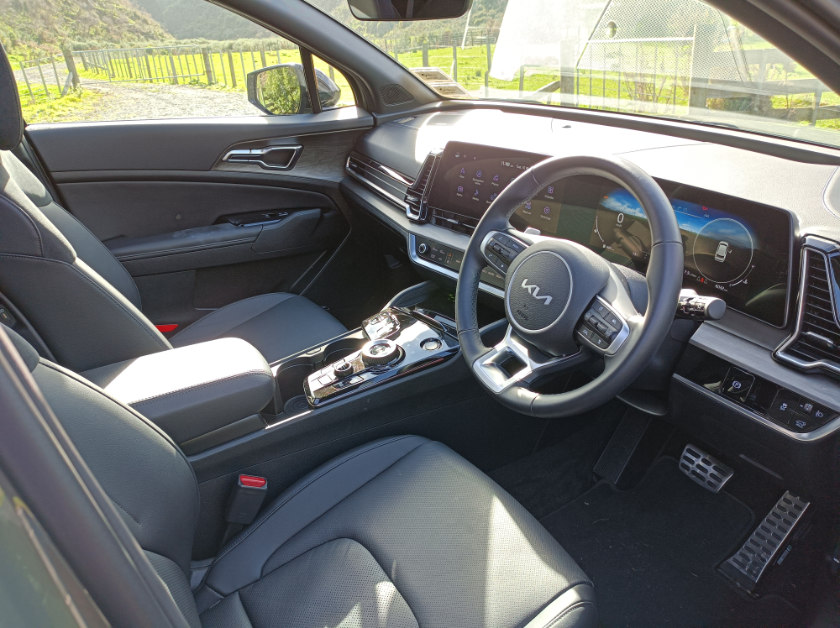 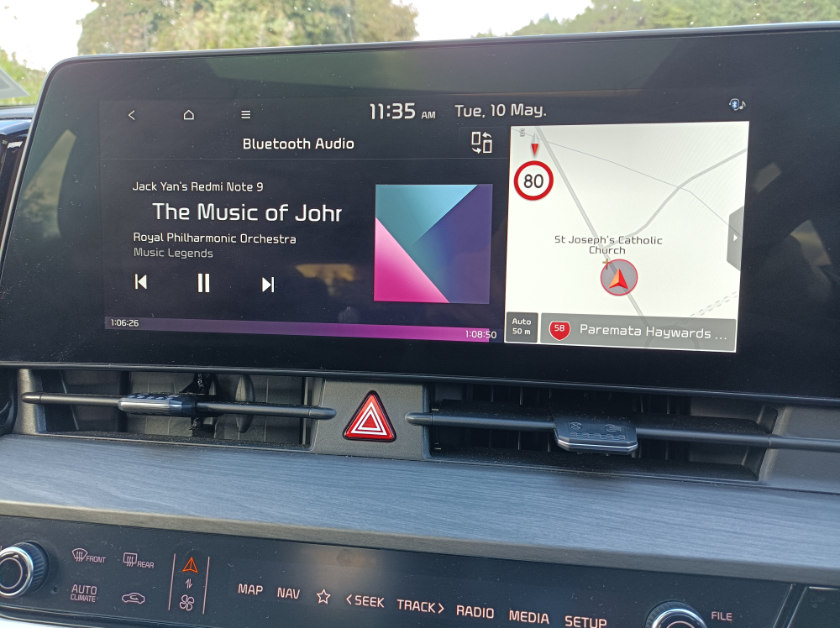 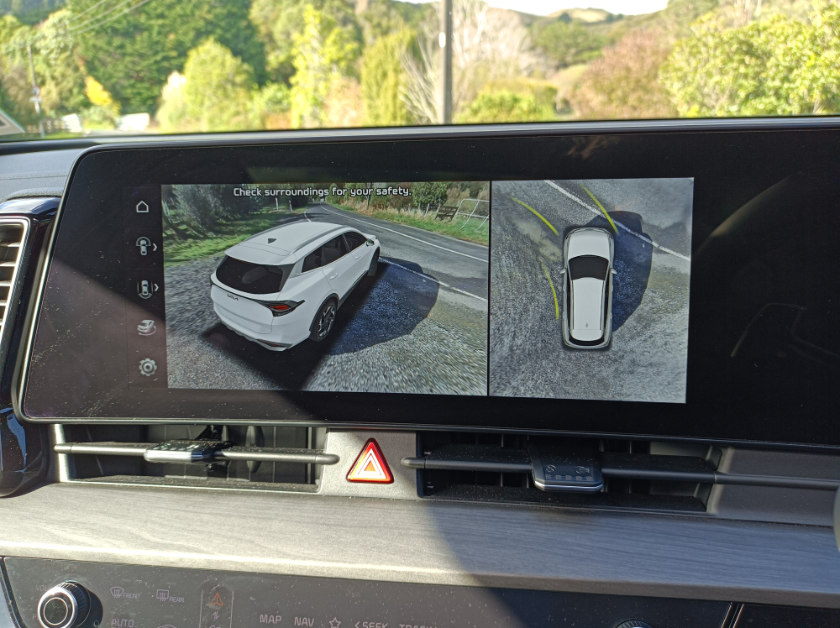 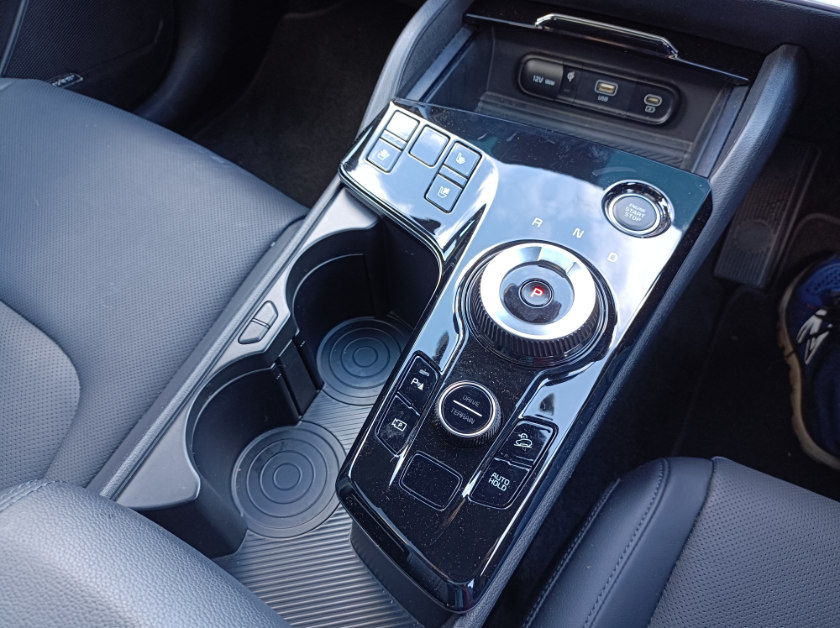 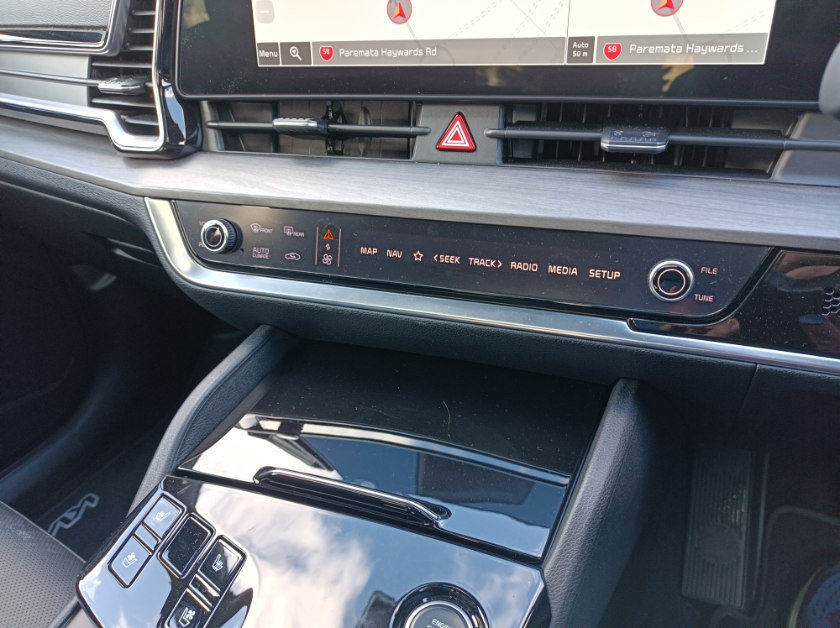 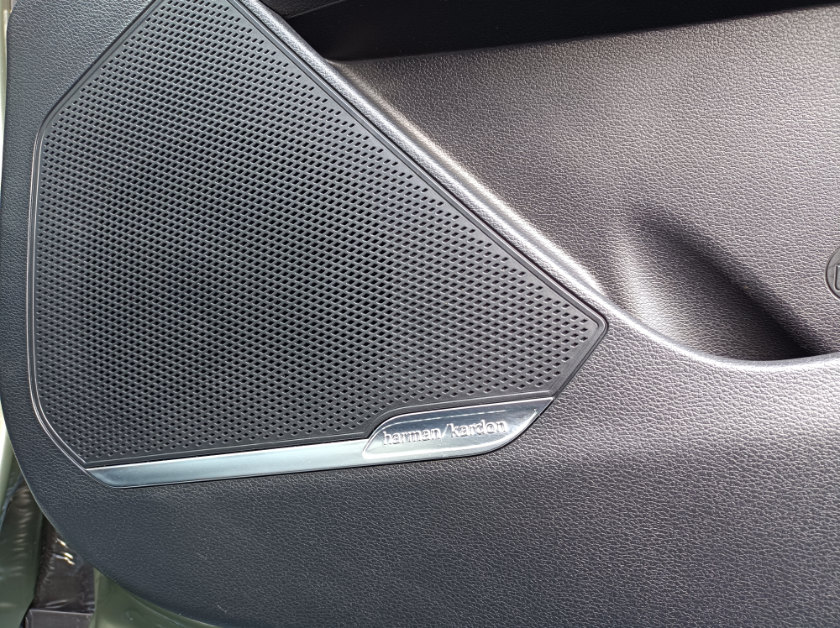 Inside, the goodies continue: full-length sunroof, a rotary dial for the gearshift, a high-res TFT 12·3-inch central display combined with a 12·3-inch instrument display, and menus that go into plenty of depth, personalizing everything from reducing blue light (a must in this age of digital screens everywhere) to the dynamic graphics for the speedometer (the one with the cityscape changes from day to night, and it’s our choice). Harder to find were the driving modes, and while we didn’t have an issue switching between the main and fan control menus digitally displayed in a strip below the centre screen (it’s remarkably clear), the feature wasn’t universally loved when we talked to colleagues. Still, it’s a technophile’s delight, and even those who might not be tech-savvy will find it a comfortable cabin where the settings can be made once, and forgotten.

Goodies include remote starting, even letting the car advance back and forth via the key’s controls—it’s intelligent enough to stop when it detects obstacles. The cabin itself screams premium: every surface feels pleasant to the touch, every item well screwed together.

Add that eight-speaker Harmon Kardon system (which is really wonderful) and Android Auto and Apple Carplay compatibility, then the cabin is a very comfortable place to be.

On the road, the diesel is torquey (416 Nm at 2,000–2,750 rpm) and provides decent power when needed, while for safety, there’s a blind-spot display on the screen ahead, replacing the speedometer or rev counter if you’ve chosen the dynamic display. Parking is a breeze with the bird’s eye and 3D-rendered imagery on the centre screen: you know exactly where each corner of the vehicle is. If there is any complaint, it’s that the Sportage isn’t sporty to drive: it’s softly sprung, albeit with responsive steering. However, we’re told time and again that most buyers want comfort over taut suspension and handling prowess, and the Sportage more than ticks those boxes for the driver who wants things easy. The all-wheel drive keeps things secure, and we had plenty of wet weather at the time of our test.

The eight-speed automatic returned a figure more miserly than the official claim of 7·3 ℓ/100 km—we saw 7·1 (nearly 40 mpg [Imperial]) on our drives, a mixture of highway and urban. Carbon dioxide emissions come out at 190 g/km (WLTP); if you want the style and space without power going to all four wheels, the 1·6 petrol X-Line sees that figure drop to 168 g/km.

It’s when you measure the Sportage against the competition that it begins making a great case for itself. Granted, NZ$62,990 plus on-road costs sounds a lot for a C-segment crossover (up from the base model at NZ$39,990), but this is a style statement. It’s the crossover for all occasions, be it at the beach or on a dirt track, or for a formal night out. Compared to rivals from Mitsubishi and Toyota, it looks a generation ahead. Even against its sister car, the Hyundai Tucson, the Sportage looks more modern, with a larger glasshouse and greater visual length—it’s beckoning the mid-2020s, with its more airy, open outlook, to arrive. • 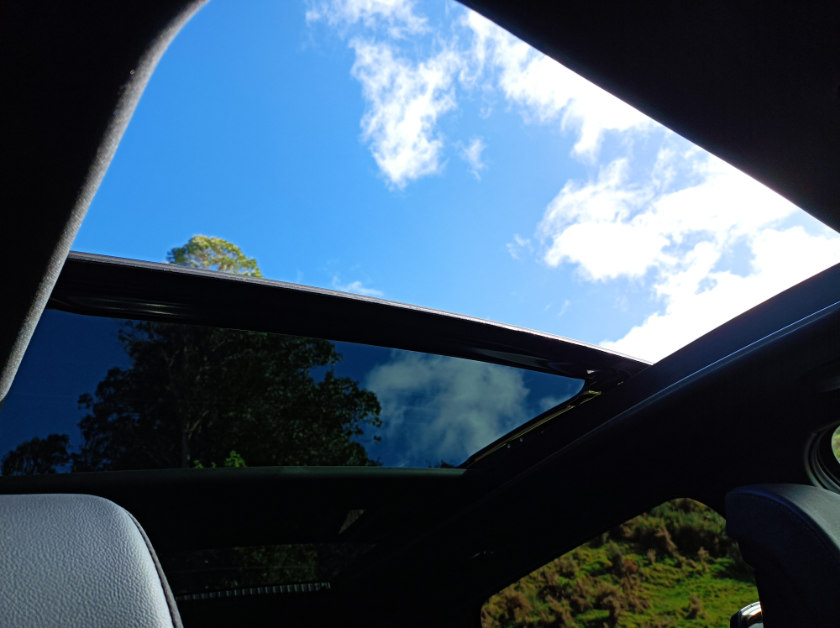 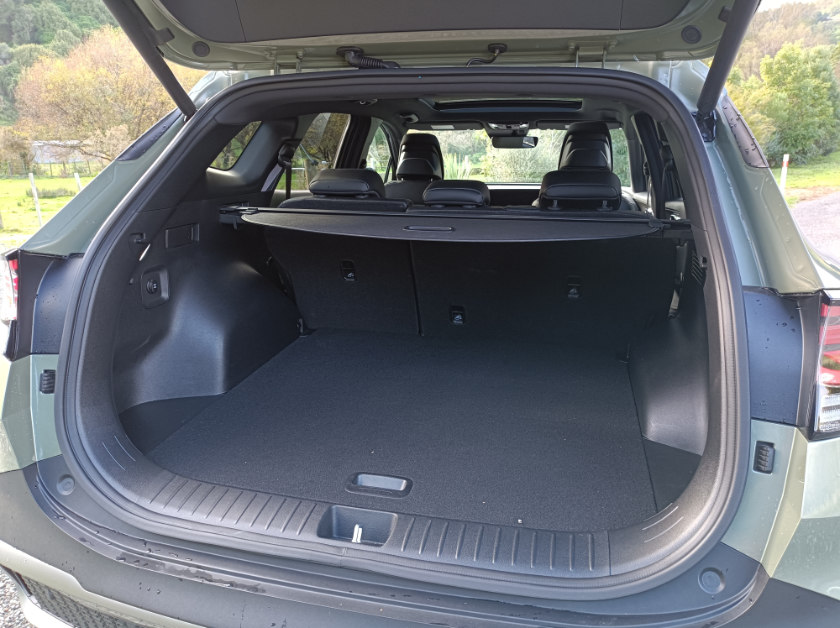