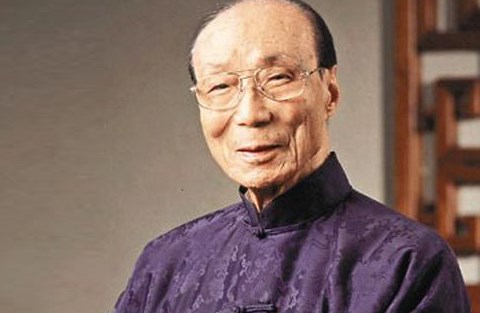 Sir Run Run Shaw, the Hong Kong movie mogul and founder of television network TVB, passed away today at age 107.
He was born near Shanghai in 1907. One of his brothers, Runje, went to Singapore in the 1920s to market films to the Chinese community in southeast Asia, and eventually opened 139 cinemas in the region. Two older brothers set up Tianyi Film Productions (or the Unique Film Production Co.) in Shanghai, which produced silent pictures and the first Chinese talkie. A Cantonese film was produced in 1932, leading to Unique setting up a branch in Hong Kong in 1934, to where the entire company eventually shifted. It was renamed South Seas Productions, then Shaw Studios.
Run Run and his brother, Runme, were also credited with pioneering the film industry in Malaya and Singapore.
Postwar, the brothers shifted the focus to film production and the business was renamed Shaw Brothers. In 1961, they opened Movie Town, a studio in Clearwater Bay, Hong Kong, which comprised 10 soundstages. The company produced 40 movies, mostly B-grade actioners including kung fu films, each year. This built Shaw Brothers’ library of some 1,000 films, which was sold in 2000 to Celestial Pictures.
In 1967, he started Television Broadcasts Ltd., one of the premier television network broadcasters in the British Crown Colony. It held on to its position after the 1997 handover of Hong Kong to the People’s Republic of China. It would remain his primary interest, having shut down movie production in 1983, till he retired as chairman at age 104.
With his philanthropy, he was knighted by HM Queen Elizabeth II in 1977, after receiving a CBE three years before. After the handover, he was awarded the Grand Bauhinia Medal in 1998.
He also produced Meteor, which starred Sean Connery and Natalie Wood, and Ridley Scott’s Blade Runner.
Shaw Brothers helped launch the careers of directors such as John Woo, while TVB brought Chow Yun Fat, Andy Lau, Stephen Chow and Wong Kar Wai to prominence in Hong Kong.
They had originally contracted Bruce Lee, but were unwilling to accede to the star’s salary demands. Lee went on to sign with a rival, Raymond Chow, who himself had started at Shaws. Jackie Chan was also signed by Chow’s company.
Tan Sri Dr Runme Shaw, passed away in 1985 in Singapore, aged 84.
He created the Shaw Prizes in 2002, which gave away US$1 million to individuals who had made significant breakthroughs in astronomy, life science and medicine, and mathematics.
Sir Run Run Shaw passed away peacefully with family by his side, and is survived by his wife, Mona Fong Yat-Wah, his three sons and two daughters.