A. Lange & Söhne showed four models at the Watches and Wonders fair in Genève recently. Most exclusive of the quartet is the Richard Lange Minute Repeater in platinum, limited to 50 pieces. The titanium Odysseus model is released in an ice-blue colour, with 250 pieces to be produced. The Grand Lange 1 now comes in an even thinner form, measuring 8·2 mm, and is available in either white or pink gold. 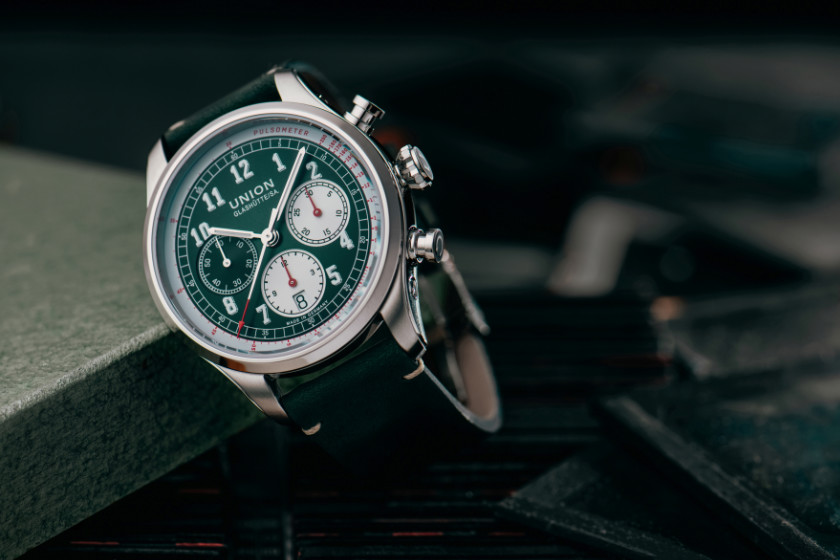 Union Glashütte does what German craftspeople have done traditionally: establish a quality model, and, instead of subjecting it to constant revolutions using the same name, embark on a programme of continuous improvement. That’s the case with its Belisar chronograph, with a distinctive dark green exterior, retro block numerals on the face recalling the early 20th century (and by extension the neoclassical design movement of the 1970s), and its slightly curved sapphire glass. The hour and minute hands are coated with Super-LumiNova and the pulsometer pointer has a red tip. The UNG-27.S1 movement features a silicon hairspring and a power reserve of 65 hours. A dark green, white-stitched nubuck leather strap completes the look. Retail is €2,690.