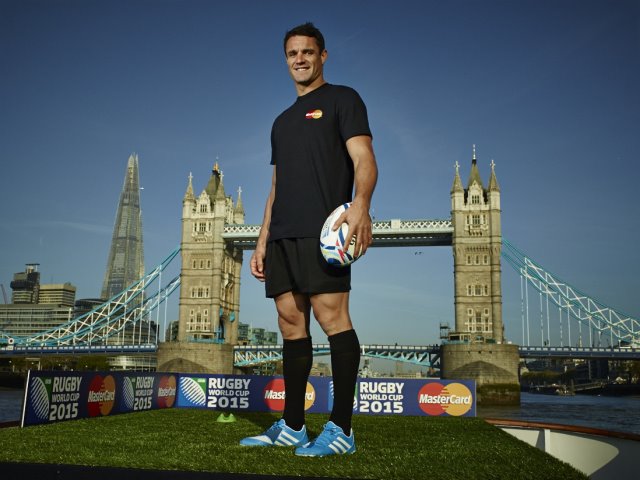 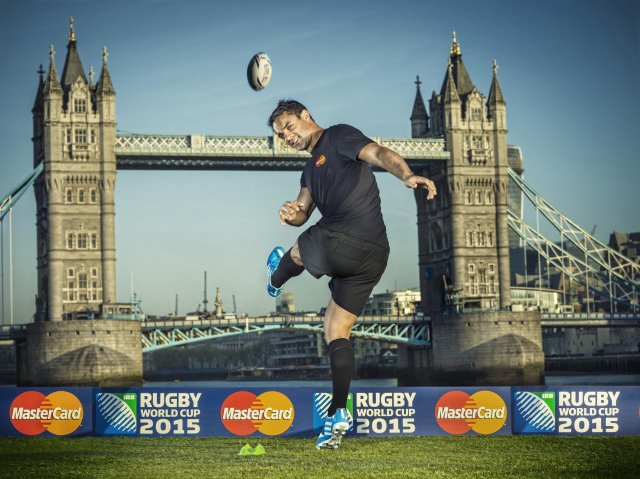 The All Blacks’ Dan Carter kicked off Mastercard’s partnership with next year’s Rugby World Cup in London on Wednesday.
To commemorate the launch, Carter kicked a rugby ball toward Tower Bridge. The All Black star will be a global ambassador for the credit card and payment solutions’ brand.
England and Wales will host the tournament between September 18 and October 31, 2015.
Mastercard had also partnered with the Rugby World Cup in 2011 in New Zealand.
Carter said in a release, ‘Kicking from the middle of the River Thames was special but the ultimate priceless experience will be pulling on my All Blacks jersey at Rugby World Cup 2015.’
Brett Gosper, Rugby World Cup Managing Director said, ‘New Zealand is synonymous with rugby. Across men’s and women’s Fifteens and Sevens, New Zealand continue to be the standard bearers and as a host of an exceptional and record-breaking Rugby World Cup in 2011, they are a nation that understand the tangible benefits of hosting one of the world’s most prestigious major sports events.’